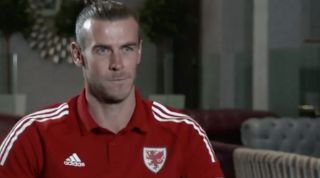 It’s fair to say that Gareth Bale and Real Madrid haven’t enjoyed the happiest of footballing marriages over the past couple of years.

The Welshman was on the verge of leaving a year ago but at the 11th hour Los Blancos stopped the move from going ahead.

Talking to Sky Sports, Bale said that he wouldn’t rule out a move back to the Premier League if such an option became available to him, however, noting that Real Madrid have made his life ‘very difficult,’ it seems as if Bale has resigned himself to not getting his way again.

GARETH BALE: Talks to Geraint Hughes about his Real Madrid future and would consider return to Premier League.

“It’s in the club’s hands. They make things very difficult, to be honest.”