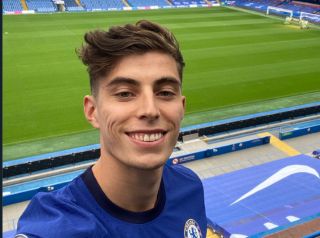 It’s always important to not get carried away until you see a potential new signing in your ground and wearing the club’s shirt.

The situation with Kai Havertz was odd because everyone know it was inevitable that he would end up at Chelsea, but it dragged on for so long that it also felt like it might never happen.

The club finally confirmed his signing tonight so the Chelsea fans can start to get excited about what he’ll bring to Frank Lampard’s side, while they will also be pleased to see him wearing the Chelsea shirt for the first time: