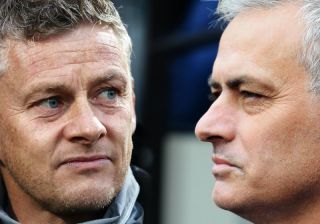 Reguilon has impressed throughout last season after spending the campaign out on-loan with Sevilla.

As the young full-back returned to parent club Real Madrid, speculation surrounding his long-term future has grown after it emerged that United are very keen on securing his services.

According to leading journalist Fabrizio Romano, Zinedine Zidane has recently offered the left-back to United but the Reds are rumoured not to be the only top European side trying to sign Reguilon.

Reguilon has been offered to Man Utd. Let’s see ??

https://platform.twitter.com/widgets.js
A recent report from OkDiario via Express claims that the Red’s former manager Mourinho who now manages Daniel Levy’s Spurs has recently personally contacted Reguilon in a bid to convince him to snub a move to Old Trafford and instead help him guide the London side back into the Champions League.

The report claims that Mourinho has been monitoring the 23-year-old for quite some time and is keen to add the player to his Spurs ranks in a bid to get the club back into the big time.