Could this be a clue about a signing? United fans will hope so, with the impressive Reguilon recently linked with the Red Devils by the Manchester Evening News.

See below as a screen grab has been dug up on Twitter that shows Greenwood following the exciting young Spaniard, who is surely set for a big career after impressing hugely in a loan spell with Sevilla last season… 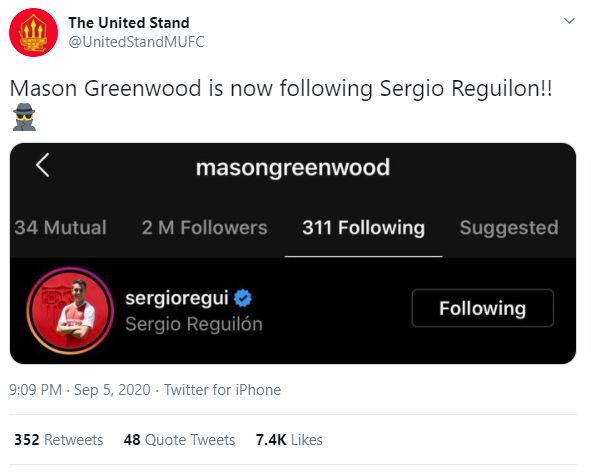 Reguilon could be just what Man Utd need as an upgrade on Luke Shaw and Brandon Williams, with the 23-year-old looking like he could help take the team to a new level.

The likes of Liverpool and Manchester City have enjoyed much of their recent success due to solid recruitment in the full-back areas, with this proving increasingly important in the modern game.

United arguably still lag behind their rivals in that department, but Reguilon could be a fine investment if they pull it off.

Fans will hope Greenwood’s social media activity here points towards some confidence that this signing could really be on the cards.