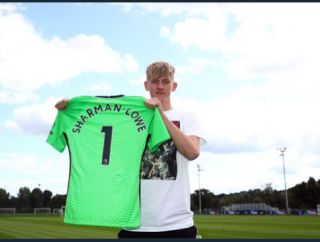 Chelsea have done some good business this summer and lots of the fans were hoping they would add a goalkeeper, but this signing probably won’t be the answer to their problems this season.

The Chelsea website have confirmed the signing of promising young goalkeeper Teddy Sharman-Lowe from Burton Albion, although he’s going to spend next season on loan at Burton.

He’s been involved with Burton’s first team last season so it will be interesting to see if he makes his debut this campaign, while he’s also been pictured at Chelsea following the signing:

Chelsea have completed the signing of England Under-17 goalkeeper Teddy Sharman-Lowe from Burton Albion. The 17 year-old joins the academy ranks. Please welcome @T_SharmanLowe to the club! #CFC pic.twitter.com/IeCsP5Vajq