Real Madrid have reportedly decided not to sell Toni Kroos this summer despite transfer interest from Manchester United.

The Germany international is still considered an important player for Madrid, who are not prepared to let him go, even as part of Man Utd’s proposed swap deal involving Paul Pogba, according to Don Balon.

MORE: Man United and Liverpool could be set for transfer battle over £67m-rated star

Kroos has been a world class player in his time at the Bernabeu, helping the club to a number of major honours since joining from Bayern Munich back in 2014.

It’s little surprise United might have been keen on him, as Don Balon claim, with Ole Gunnar Solskjaer likely to benefit hugely from having such an intelligent and experienced player in his midfield.

Pogba, by contrast, has not really lived up to expectations at Old Trafford and Man Utd could have done well to offload him as part of this move. 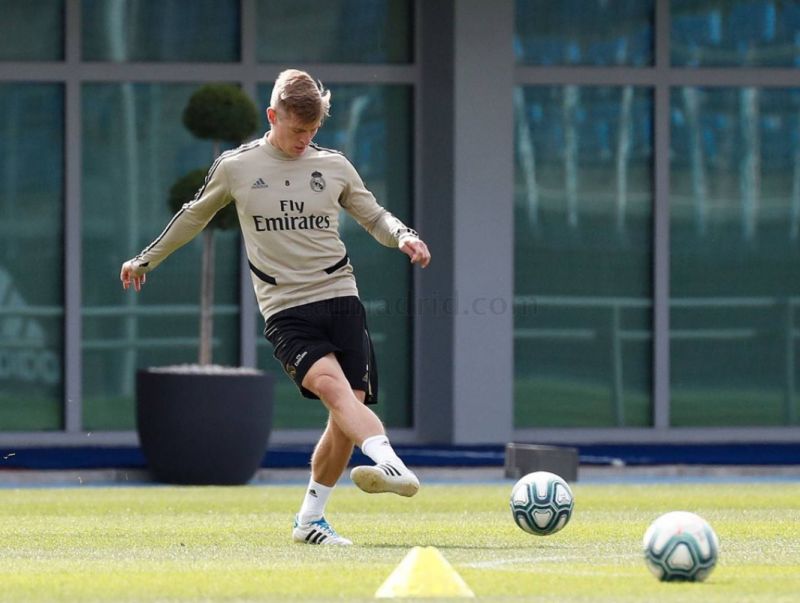 It seems it’s a clear no from Real Madrid, however, if Don Balon’s report is anything to go by.

MUFC will just have to hope their recent signings of Bruno Fernandes and Donny van de Beek will be enough to give them a better midfield going into the 2020/21 season.