An FA Cup final victory and strong start to the summer has brought a sense of optimism about Arsenal as we edge closer to the start of the new season.

But just what kind of state are they really in? Read on for our preview of the 2020/21 campaign for the Gunners…

In what is surely a positive for Arsenal, it feels hard to narrow this down to just one.

Pierre-Emerick Aubameyang was world class for Arsenal last season, putting in superb big-game performances when they needed him most, and if he can commit to a new contract and put all the uncertainty to one side, who knows what more he could be capable of?

Elsewhere in the side, Nicolas Pepe is surely going to be a bigger influence in his second season at the Emirates Stadium. The Ivory Coast international was absolutely scintillating at former club Lille and could be a hugely important part of Mikel Arteta’s side now that he’s had a year to settle in England.

Finally, Arsenal might also have a defence to be reckoned with at long last; Gabriel Magalhaes is a significant signing with a bright future, while exciting youngster William Saliba is also back after returning to Saint-Etienne on loan last season. Together, the pair could give Arsenal the much-needed upgrade on the likes of David Luiz and Shkodran Mustafi that they’ve sorely needed. 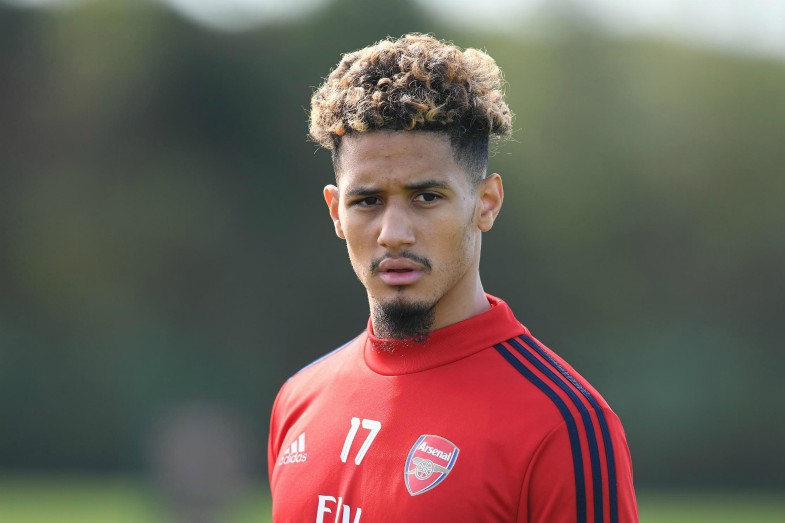 It’s pretty clear that Arteta has lifted the mood and changed the attitude at Arsenal in his short time in charge, and this bodes well for the club now that he’ll have had a full pre-season to prepare the team for the new campaign.

The Spanish tactician has a real aura about him and has got this team performing much better in big games than they did previously under both Unai Emery and Arsene Wenger, with Arsenal recently enjoying impressive wins over Man City, Chelsea, Liverpool and Man Utd since Arteta took over.

As mentioned already, they also have an in-form striker in Aubameyang, a top player who should show improvement this season in Pepe, and some immensely talented young players such as Saliba, plus academy graduates Bukayo Saka and Ainsley Maitland-Niles.

Well, they’re Arsenal aren’t they? How many times have they looked to be back on the way up before under-achieving hugely?

The board remains unpopular and there has been further disarray over the summer due to the club announcing a large number of redundancies – including a surprisingly high number of scouts – just days after the FA Cup final victory, while Raul Sanllehi’s departure also points towards a possible lack of coherence when it comes to the recruitment side of things.

And of course, we still don’t have confirmation on Aubameyang’s contract, or on the Mesut Ozil situation, so there’s definitely still a lot of potential for problems for Arteta to have to navigate in the season ahead.

Willian in, Gabriel in, Ceballos returning, Aubameyang’s still there – so far, so good for Arsenal!

Of course, more is needed, with the Gunners some way behind their rivals even if they did manage an FA Cup win last season, and their Wembley opponents Chelsea have strengthened massively since then to show that they could be a force to be reckoned with in 2020/21.

It’s vital for Arsenal to clear out some of the deadwood, with unwanted flops such as Calum Chambers and Mohamed Elneny somehow still at the club, while the Ozil situation, as previously mentioned, is also far from ideal.

If the transfer window closed today, however, you’d probably still give Arsenal a fairly solid 7/10. They go into the new season stronger than the last, and even if it’s not enough to get the club back where some fans want them to be, it’s a start.

Dream – even the wildest dreams probably aren’t expecting the title, but at least being a little closer to challenging would be a good result considering the last few years, and of course more silverware such as the FA Cup, Carabao Cup or Europa League would be fine work by Arteta.

Realistic – top four is going to be tough, but with a bit of luck it’s certainly realistic, and would still represent decent progress by AFC.

Nightmare – another season out of the Champions League places could be hugely damaging for Arsenal, and it would raise serious questions again about the decision to go for the inexperienced Arteta, while big name players would surely leave.