Aston Villa are reportedly closing in on the signing of Ollie Watkins from Brentford in a deal that could potentially cost them £33m in total.

Villa just managed to escape relegation on the final day of last season, as they finished in 17th place and just a point above Bournemouth.

SEE MORE: One out, one in: Arsenal could be set for key reshuffle if £20m-rated star leaves

One of the key issues behind their struggle was a lack of goals, as they managed just 41 goals in 38 league games last year and saw marquee signing Wesley ruled out for most of the campaign due to injury.

With a lack of quality depth, it’s an area that boss Dean Smith would have wanted to address this summer, and it appears as though the club are going to do exactly that.

According to Sky Sports, Watkins is set to travel to Birmingham on Tuesday night ahead of a medical on Wednesday, as he closes in on a move to Villa Park that could be worth an initial £28m, plus £5m in bonuses.

That in turn would make him the club’s most expensive signing ever, and so the pressure will certainly be on his shoulders to fire in the goals for Villa next season, should a move now go through as expected.

As for Watkins though, he showed he could deliver last season despite Brentford’s eventual disappointment in the promotion battle, as he bagged 26 goals and three assists in 50 appearances for the club.

However, he may well now have to prove that he can step up to the next level and deliver in the Premier League, with Villa looking to add firepower to the squad to ensure that they avoid another relegation battle this year and start to move up the standings to becoming a well-established top-flight side again. 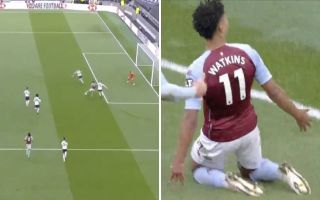