The new Premier League season is almost upon us, so we’ve had a look at Manchester United and the state they’re in going into the new campaign.

The Red Devils finished trophyless in 2019/20 but did at least manage to get back into the Champions League places, though of course expectations will always be high at Old Trafford.

Can they do better this time around? Read on for our Man Utd 2020/21 season preview…

For all the talent on display in this United squad, the player to watch might well be their young backup goalkeeper Dean Henderson as he returns from loan at Sheffield United.

Ole Gunnar Solskjaer has a big call to make for his number one this season, with David de Gea looking well past his best after some continued poor displays last term, even if his manager has publicly backed him.

The fact that Henderson hasn’t gone out on loan again but seems set to stay and challenge for his place could well suggest that he’s in with a real chance of replacing the Spanish shot-stopper as first choice, and if he can continue to show the kind of impressive form he displayed at Bramall Lane, it could be a huge boost for United. 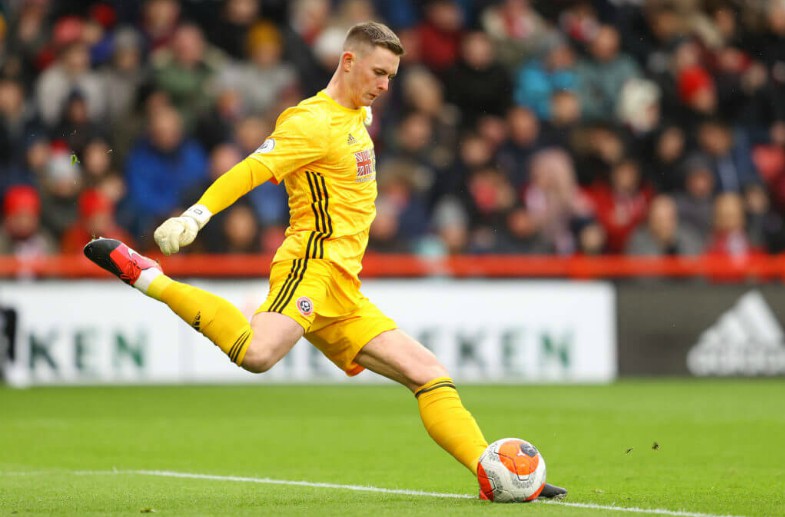 Even if the youngster can’t get that number one spot, it will be interesting to see if his mere presence on the bench can put pressure on De Gea to perform at his highest level once again.

Well, a whole season of Bruno Fernandes is definitely a big plus. The Portugal international made an instant impact upon his arrival from Sporting Lisbon in January, and one imagines he’ll only continue to get better, even if fans might like to see him score a few more without the help of the referee pointing to the penalty spot.

Elsewhere in the squad, the stand-out area of quality is that front three, with Marcus Rashford, Anthony Martial and Mason Greenwood looking superb in 2019/20, and particularly after the Premier League restart in the summer.

As you will no doubt be aware by now, that trio ended up with more goals than Liverpool’s front three last season – a huge achievement, and 18-year-old wonderkid Greenwood in particular is surely only going to get better.

While Solskjaer has done some fine work to lift morale at United and change the mentality, questions remain over his tactical nous at this level.

The Norwegian tactician has not often shown himself to be a coach who can change the flow of a game from the bench, be it through tactical tweaks during matches, or through the use of his substitutes. With time, he may well improve and the experience he’s had so far should be valuable to him, but he has a little more to prove than elite tacticians such as Jurgen Klopp and Pep Guardiola.

Apart from that, the main issue has to be the defence: Harry Maguire did not get off to the best start at Man Utd last season, and his summer of controversy probably hasn’t done him the world of good either. Alongside him, Victor Lindelof and Eric Bailly don’t really look good enough and that’s surely an area that needs strengthening.

Speaking of strengthening, United’s transfer window has been a pretty quiet one so far, with only Donny van de Beek coming in from Ajax. The Netherlands international looks an exciting purchase, but he is arguably a bit of a puzzling one as well due to the depth MUFC already possess in that area of the pitch.

Jadon Sancho still hasn’t been signed, sealed and delivered and that’s a major blow, and, as mentioned above, the club surely needs to be strengthening their defence in the coming weeks if they are to close the gap on their rivals.

It’s also slightly surprising to see so much of the deadwood still in place at United, with this challenging economic period perhaps meaning it’s harder than usual to convince sides to pay much for flops like Jesse Lingard, Andreas Pereira, Chris Smalling and Phil Jones, though at least Alexis Sanchez is finally gone.

Dream – with a bit of a dip from Liverpool and Man City, another transitional year from Chelsea and Arsenal, could Man Utd surprise everyone by returning to the top of the table? It’s not likely, hence it being a ‘dream’ scenario, but they’re perhaps in a better position to challenge than they have been for a while.

Realistic – another top four finish seems the most likely bet for Solskjaer’s side, but perhaps they can add an FA Cup or Carabao Cup victory for a bit of gloss.

Nightmare – dropping out of the top four once again can’t be ruled out, with Arsenal in particular likely to be stronger contenders for Champions League qualification this season, while Chelsea have also only improved since last season.