It seems like “tapping up” is no longer a concern in football as we see multiple examples of clubs agreeing personal terms with a player before they have a transfer offer accepted.

While it looked like Chelsea’s options in the transfer market were getting limited as they tried to find a new goalkeeper, it appears that a deal to sign Rennes stopper Edouard Mendy isn’t far away at all:

It’s suggested that Chelsea have already agreed terms with the player for a five year contract, but they just need to find a way of reaching an agreement with Rennes.

The report claims that Chelsea are currently offering €20m when Rennes are looking for €26m, so Chelsea will either need to up their offer or hope that some kind of compromise can be found.

There’s no doubt that signing Mendy will be a risk when you consider he doesn’t have a great deal of experience in the top flight, but he was impressive last season and won’t face a lot of competition for the starting spot at Chelsea.

It’s also worth noting that Petr Cech is part of Chelsea’s backroom staff and he played for Rennes before moving to England, so that connection could also be pivotal when it comes to getting a deal over the line. 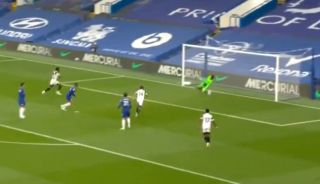