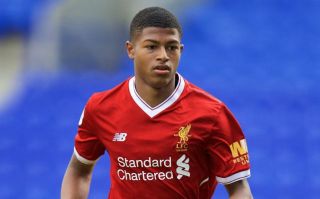 Liverpool head into the 2020/21 Premier League season looking to defend their title with much the same squad as they had from last year.

Jurgen Klopp’s men will still be the team to beat, even though the wheels appeared to fall off towards the back end of the last campaign once their first English top-flight title for 30 years had been secured.

With no real churn in terms of players in or out, it’s left young Reds star, Rhian Brewster, with a decision to make.

Although the Daily Mail report both player and club are in no rush to see what the future holds if it’s away from Anfield, clearly such a talent can’t be left to rot on the Liverpool sidelines.

To that end, the Daily Telegraph note that Swansea City, whom Brewster served so well on loan in 2019/20, could return for another season-long loan in the forthcoming campaign.

The Daily Mail also note that Liverpool could be tempted by a permanent switch if any deal is at the £25m mark and includes a buyback clause.

However, the teams that were showing an interest according to the Daily Mail, Aston Villa, Newcastle and Crystal Palace, have now shopped elsewhere for their forward line.