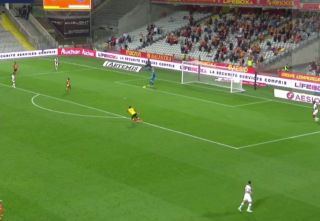 It’s well known that Chelsea’s goalkeeping position is a bit of a disaster just now, but it looks like they didn’t make a bad choice when they allowed Marcin Bulka to join PSG at the start of last season.

The Covid-19 situation at PSG has led to several first team stars being forced to quarantine, so Bulka was one of the youngsters to get a chance from the start against Lens.

Judging my this awful mistake that’s just gifted the lead to Lens, it doesn’t look like Keylor Navas should be too worried about his position going forward: