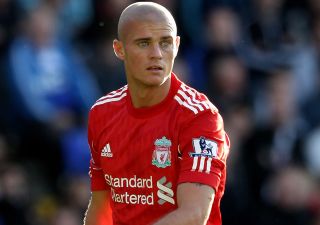 It’s always been clear that the fanbases of certain clubs give them a greater home advantage due to their vocal backing, so it will be interesting to see how much of an impact an empty Anfield has on Liverpool this season.

Of course they did play some games after the restart under those circumstances but the title was already wrapped up, so it could have more of an effect now that they have everything to play for again.

Leeds manager Marcelo Bielsa doesn’t strike you as the type of manager who would be scared by an atmosphere anyway, but he admitted in his press conference that it’s only Anfield when it’s full, so it does suggest opposing teams won’t be scared of travelling to Liverpool just now.

READ MORE: Video: Liverpool may have lost a key advantage in the title race after Bielsa admission

To get a better idea of how important the atmosphere is at Anfield, I spoke to former Liverpool defender Paul Konchesky about the difference the fans make in the ground:

“Anfield is not a nice place to go when it’s full of their fans. Singing their hearts out from the Kop getting right behind their team! I think every club is in the same boat as in no fans getting behind them which makes it a level playing field across the board.”

“As an away team player of course I think no fans in the stadium is a massive bonus for your team, especially if you get a goal in front and they won’t have the backing of their fans getting behind their team.”

It’s clear that it is intimidating for the away team, so it might also suggest that games could be tighter this season as the home team struggle to put the game to bed.

You always got the impression that some teams were beaten before they stepped onto the pitch at Anfield and they would noticeably fold once the first goal went in and the fans started to crank the noise up, so suddenly Klopp’s team were three or four goals up and the game was done.

Konchesky does point out that every team is going to face this issue so it might not be the difference between winning the title and coming second, but it will be fascinating to see how it all plays out.

Exclusive: Former Liverpool ace insists they should still sign Thiago as defensive inconsistences can be written off September 12, 2020 21:26
Liverpool FC