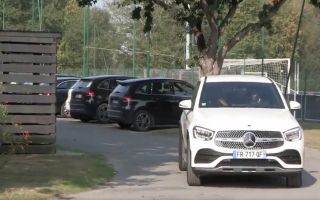 This comes just as reliable transfer insider Fabrizio Romano reported that the Blues are close to completing the signature of the stopper, with the final decision now resting with Rennes’ president.

Mendy looks set to leave Rennes after just a season at the club, the Senegal international helped the side defy the odds and finish third in Ligue 1 last season.

Edouard Mendy and his advisors (probably agent) held a meeting with Rennes today and have left the building.

He did not head for training and will not feature against Nimes on Sunday.

Looks like a transfer to Chelsea is close to happening. https://t.co/os1WKbp6ab

The fact that Mendy didn’t take part in training – with his visit this morning solely regarding talks with the club – hints that there’s a serious development on the transfer front.

The figure of potential add-ons that Chelsea’s deal for Edouard Mendy will include September 13, 2020 15:32
Chelsea FC

Move to Chelsea now seems inevitable for star after he’s left out by his team today September 13, 2020 14:53
Chelsea FC