According to Spanish publication AS, Juventus and Inter Milan both held talks with Marcelo to sound out a move for the long-serving Real Madrid star, but both clubs cannot afford the full-back’s wages.

AS report that for the first time in years Marcelo was actually ‘tempted’ by the proposals from Italy’s two biggest clubs, with the Brazilian now playing second-fiddle to big-money signing Ferland Mendy.

It’s added that the left-back’s annual salary stands at €8m, a figure that neither Juventus or Inter can take on at this moment in time.

Marcelo is clearly still an important figure at the club but the 32-year-old’s no longer a bonafide starter. 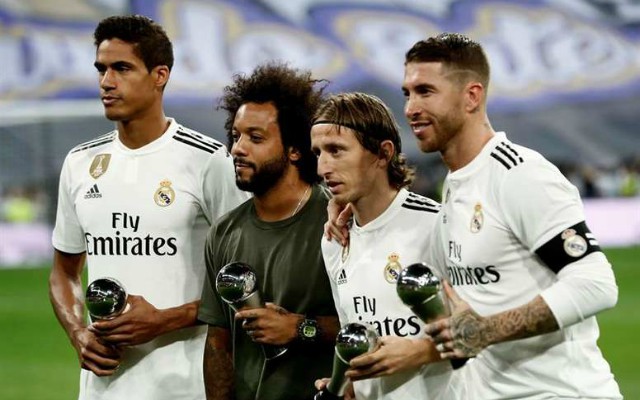 Marcelo is one of Real Madrid’s longest-serving players.

AS add that Marcelo – who has been with Los Blancos since January 2007 and has won 22 trophies – still has two years remaining on his contract with the La Liga champions.

Considering that Marcelo has played a key part in Madrid’s success over the last decade especially, making 509 appearances, we are confident that the club would grant the ace an exit if he so wished.

Real Madrid star expected to miss the rest of the season through injury July 10, 2020 20:18
Manchester City