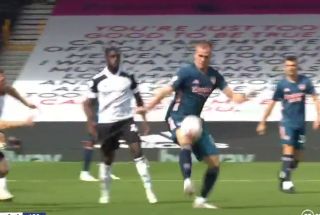 This will probably get lost because it only led to the corner that produced Arsenal’s second goal at Fulham today, but Rob Holding popped up in the hole to produce a piece of play that any number 10 would be proud of.

He takes three players out of the game with a great touch and some keepy-ups as he drives at the Fulham back four, before releasing Lacazette into the channel with a perfectly weighted through ball:

Unfortunately the Frenchman’s touch lets him down or we could be talking about a direct assist here, but it all worked out perfectly as Gabriel scored from the resulting corner. 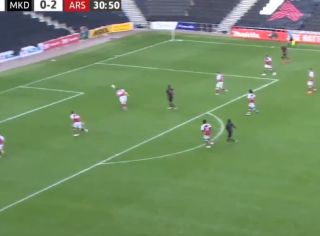