Arsenal legend Michael Thomas has sent a message to Chelsea following the “excellent” debut performance of Willian in the Gunners’ 3-0 win over Fulham.

The Brazil international joined Arsenal from Chelsea on a free transfer over the summer, and was lively on his first game for Mikel Arteta’s side, picking up two assists.

This comes after Willian spent his peak years at Stamford Bridge, where he showed himself to be a crucial performer for the Blues.

Arsenal great Thomas is now excited to see Willian continuing that form for the north London giants, and suggested this move could be one that Chelsea live to regret.

“I thought Willian was excellent today both going forward and backwards,” Thomas told CaughtOffside. “He brings amazing energy and always works hard which we’ve seen him do his entire Chelsea career, so it was just more of the same.

“The two assists just shows how seasoned he is and that he makes the right decisions more often than not, with the quality to go with it. Nice to see he hasn’t lost the hunger.

“I was very surprised Chelsea let Willian get into that position where he could go for free but credit to Arsenal and Arteta for seeing that he still had a lot to offer and tying up the deal quickly to bring him in. 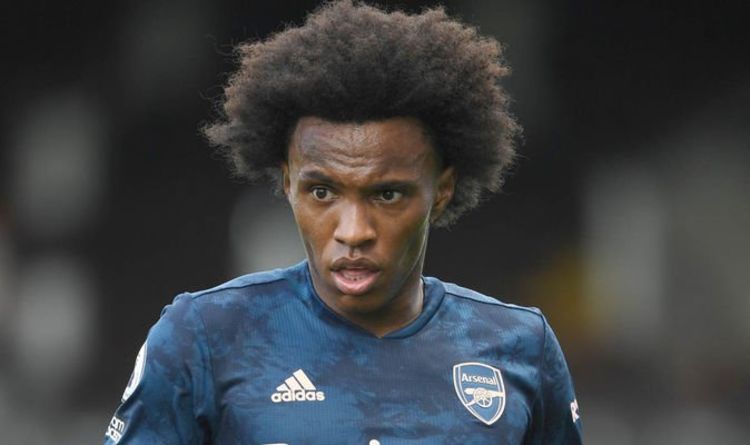 Willian in action for Arsenal against Fulham

Frank Lampard’s side spent big on the likes of Timo Werner, Kai Havertz and Hakim Ziyech in attack this summer, but there’s no doubt Willian could be missed, and it could hurt to see him shining for one of their main rivals.

Thomas famously won the title with Arsenal back in 1989, and he’s encouraged that Arteta looks to be putting something exciting together at the Emirates Stadium.

“It was a really confident team performance and the squad are finding a real identity under Arteta which is great to see,” he said.