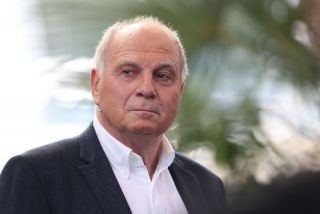 Bayern Munich’s honorary president Uli Hoeneß has confirmed that he believes star Spanish midfielder Thiago Alcantara already has an agreement in place to move to either Liverpool or Manchester United.

READ MORE: Tottenham chief doing what he can to seal statement signing

Thiago, 29, has been strongly linked with a move away from last season’s German treble winners after it emerged that Premier League arch-rivals United and Liverpool could battle it out for his signature.

The elite Spanish midfielder has become best known for his technical ability to dictate play and decide games from a deeper central position and is widely regarded as one of the world’s best players.

According to a recent report from Sport.de (via Sports Witness) who have quoted Hoeneß after he spoke live on German television earlier, the Bayern Munich president has confirmed that he believes Thiago already has one foot in the door with either United or Liverpool, he said: “Thiago had a great offer with us for four years.

“A few days later he said that he was looking for a big challenge. Supposedly he is in agreement with Liverpool and Manchester United.

“The clubs have not yet approached Bayern. It’s not style, they want to blackmail us.

“But even if Thiago leaves, Kimmich, Goretzka and Müller will play. Then we have Tolisso, who was thrown back two years due to injuries.”

Hoeneß’s stunning claims come with just 23 days left in this summer’s transfer window and with both sides seemingly hoping to add quality in depth to their sides the race for Thiago continues to hot up.