Borussia Dortmund star Jadon Sancho will have raised an eyebrow or two after being spotted liking a post by Liverpool defender Virgil van Dijk. 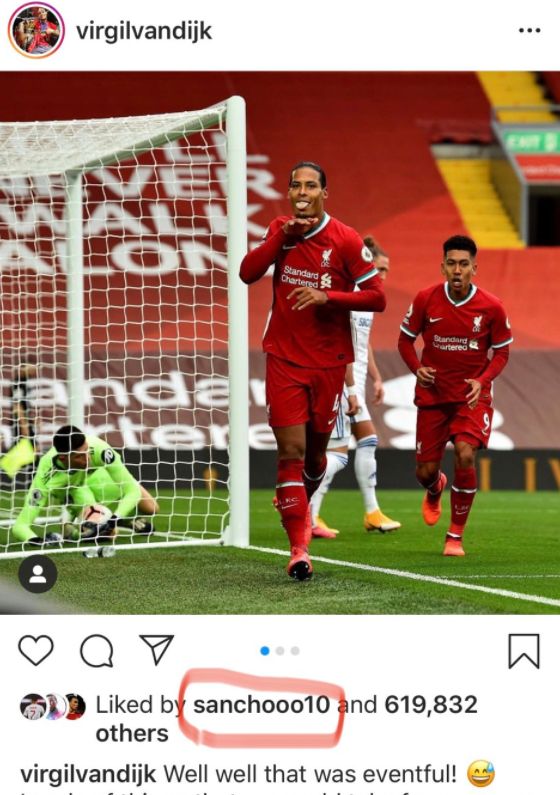 Man Utd have been strongly linked with Sancho by BBC Sport in recent times, but he was previously also reported to favour a move to Liverpool by Kicker.

The England international would be a superb signing for either United or Liverpool, but is arguably needed more at Old Trafford.

Sancho would be a huge upgrade on the likes of Jesse Lingard and Daniel James, and provide an ideal long-term replacement for Alexis Sanchez, who recently left the club.

Liverpool, on the other hand, have a world class front three in Mohamed Salah, Sadio Mane and Roberto Firmino, but more depth is always useful and Sancho looks like he’d be a perfect fit in Jurgen Klopp’s fast, attack-minded side.

It remains to be seen if Sancho liking Van Dijk’s post points to anything, but in recent times it can be an indication of where a player is at with regards to a transfer.

The 20-year-old will surely also be aware of how his like will be viewed, but clearly decided to do it anyway…