According to ESPN, Barcelona will consider casting Luis Suarez to the sidelines if the experienced striker doesn’t agree to have his contract terminated by the Blaugrana.

Club legend and new boss Ronald Koeman told the 33-year-old that he will need to look for a new team, with the Uruguayan the highest-profile name that will be moved on as part of a massive rebuild.

ESPN report that the problem the Catalan outfit face is agreeing a settlement fee that is less than the €25m that Suarez is in line to earn in the final year of contract.

If this isn’t resolved by the end of the transfer window, some club officials are planning to leave Barcelona’s third-highest scorer of all time in the sidelines, however Koeman will make the final decision. 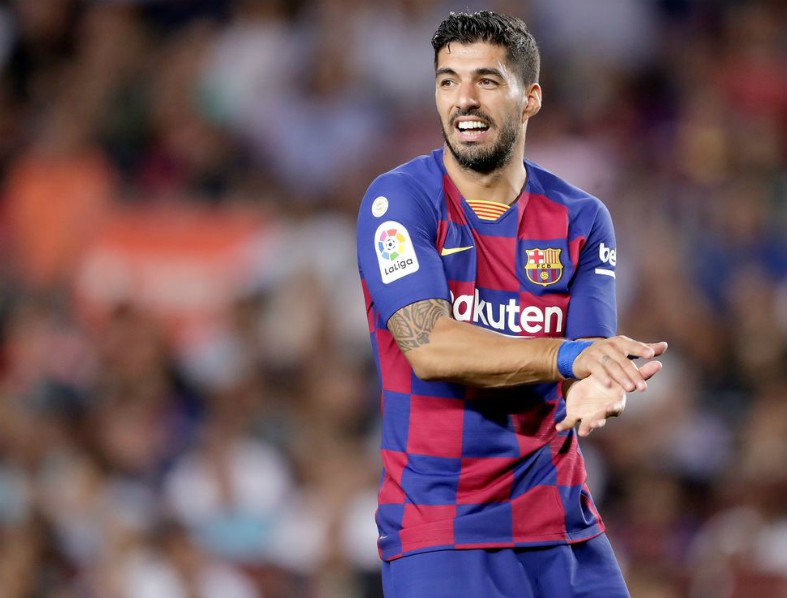 Luis Suarez’s time at Barcelona is over.

ESPN claim that Suarez, who joined the La Liga powerhouses following his exploits at the 2014 World Cup, previously agreed to join Cristiano Ronaldo at Juventus, but a deal has stalled.

As well as securing a mutual exit from Barcelona, Suarez would have to pass an Italian citizenship test to join the Turin outfit.

Suarez has bagged 198 goals for Barcelona and a phenomenal 109 assists as centre-forward, but this appears to means nothing to the club that are now in turmoil.

ESPN state that injury-prone defender Samuel Umtiti, out-of-favour midfielder Rafinha and promising centre-back Jean-Clair Todibo are the other players who have been transfer-listed.