Chelsea legend Alan Hudson has some high praise for summer signing Timo Werner as he tips him to compete for the Golden Boot this season.

The Germany international joined Chelsea from RB Leipzig this summer after impressing in the Bundesliga, and Hudson has told CaughtOffside of his extremely high hopes for the Blues new-boy.

MORE: Exclusive: Chelsea legend tells Frank Lampard the one thing he needs to change about his management style

Hudson praised the work done by manager Frank Lampard last season, but told us he believes Chelsea have lacked “a Costa or Drogba” to help them finish the chances they’ve been creating.

“Now, everything is all about the young German Timo Werner, who if they continue to create chances, will be after the Golden Boot,” Hudson told CaughtOffside.

“If (Tammy) Abraham got a decent amount of goals, this player should win the Boot hands down. He’s lightning quick and will be nearly the perfect replacement for Hazard, if only he had the Belgian up there with him.

“A tremendous signing who, if only they had a crowd, would have them buzzing. He will be the difference this season!” 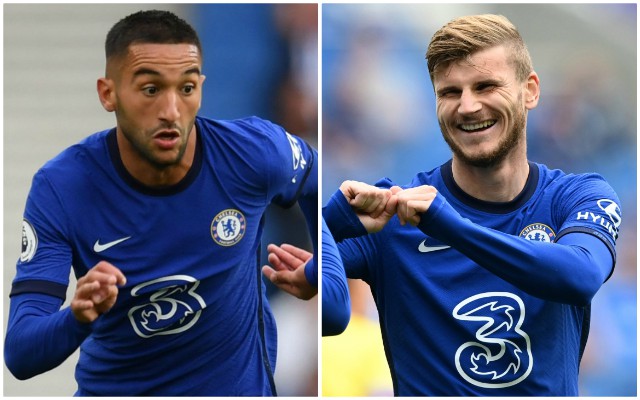 Hudson added that Hakim Ziyech is another quality purchase, and could be key to getting the best out of Werner with his creativity.

Could this even be a squad good enough to emerge as serious title contenders already? “Most definitely,” Hudson says. “With Werner and Hakim Ziyech, who Frank was so impressed with in that amazing 4-4 draw against Ajax in the Champions League, this really does look like a brand new line-up.

“They were lacking that class, and Ziyech will bring that, while Werner will love his creativity, something Chelsea having been lacking in abundance. Two tremendous signings.”

Chelsea start their Premier League campaign this evening against Brighton.