Former Manchester United ace Luke Chadwick has backed David de Gea to remain as the club’s number one for the time being.

All eyes will be on Ole Gunnar Solskjaer’s selection in goal when United’s Premier League season gets going against Crystal Palace on Saturday, with De Gea not at his best last season and with promising young goalkeeper Dean Henderson returning from loan at Sheffield United.

The 23-year-old looks a huge prospect and could challenge De Gea for a place in Solskjaer’s starting XI, but Chadwick thinks the Red Devils boss will stick with the more experienced ‘keeper for the time being.

This is a big call following a major dip in form from the Spain international, but Chadwick thinks the 29-year-old has the character to bounce back.

“I think De Gea will start, but I think Henderson coming back is a good move,” Chadwick told CaughtOffside.

“Henderson has spoken a lot about being desperate to play and that shows great confidence. I will say De Gea’s had a tough couple of years but what he’s produced at the club has been brilliant, I can’t imagine Ole just dropping him and bringing Henderson straight in.”

Chadwick made it clear that, for all Henderson’s impressive performances at Sheffield United, it’s a different job being number one for a club like Man Utd. 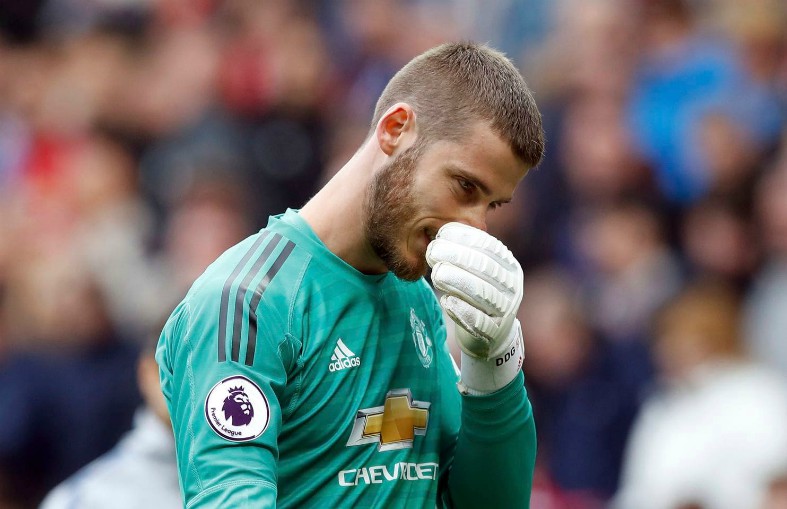 Can David de Gea keep his place at Manchester United?

The 39-year-old did suggest, however, that the presence of Henderson on the bench could be useful in terms of coaxing the best out of De Gea once again.

“Henderson’s going to have to work for that spot,” Chadwick added. “If he did come in I think it’s a harder job, he’s had a great couple of years at Sheffield United but I think playing for Manchester United is a completely different world to playing for Sheffield United.

“The manager’s going to see him, the staff are going to see him train every day, it’s up to him to displace De Gea, so I think it’s a good position for the club to be in. Hopefully it’ll put De Gea back to his best form, because at his best he’s right up there with the best goalkeepers in the world.

“He’s shown great resilience throughout his Man United career. He was written off when he signed before he even started when he was a real young lad, but proved everyone wrong. He’s going to have to come back and reinvent himself again to be that world class ‘keeper.”