Haaland first burst onto the scene with Red Bull Salzburg before earning a big January move to Borussia Dortmund, where he continued to impress with his prolific performances.

In total, the 20-year-old finished the season with 44 goals in 40 games for his two clubs, and he’ll hope to build on that as the new season gets going.

Can the youngster go on to become the Cristiano Ronaldo or Lionel Messi of his generation? The early signs are certainly promising.

See below for this graphic from Mundo Football, which shows how the Norway international’s record compares to Ronaldo, Messi, and the Brazilian Ronaldo at the same age… 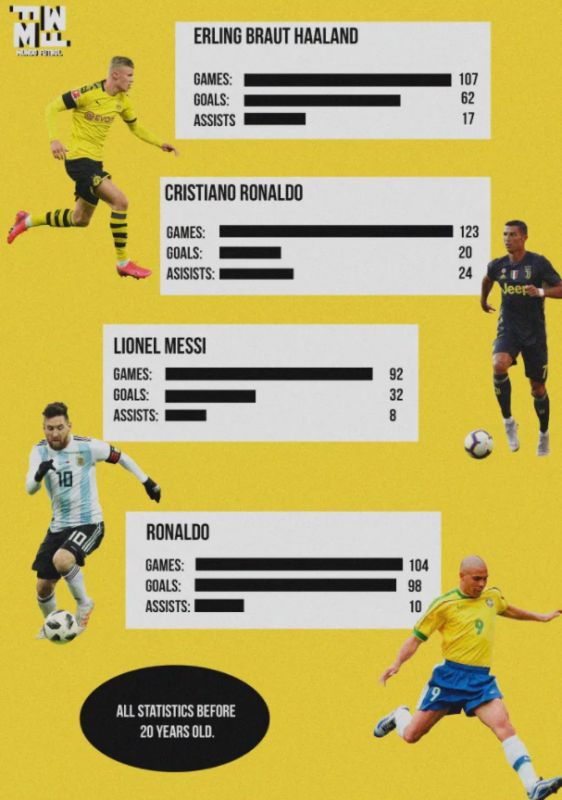 Video: Sheffield United player Oli McBurnie appears to stamp on fan who invaded the pitch
Norwich have an incentive to help Arsenal qualify for Champions League
Manchester City join the race for England star who is set to reject Manchester United move

Haaland already has more goals than Messi and Cristiano did at that stage in their development, though he’s behind Brazil legend Ronaldo for the moment.

Still, these numbers surely point towards a very exciting career being about to unfold.