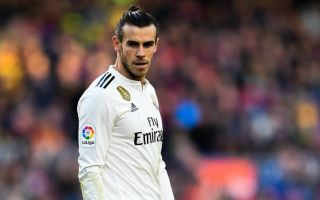 It finally looks like this is going to be the summer where Gareth Bale leaves Real Madrid, and it will be exciting to see him play regular football again.

There are plenty of stories going around about Man United and Spurs being in for the Welshman, but it’s starting to look like all signs are pointing to a return to Tottenham.

The main thing here is ensuring that he’s actually going to leave Spain, but a report has emerged which suggests that his exit is very close:

The main question then turns to possible destinations for him, and it looks like Man United haven’t been a serious contender to sign him at all.

We recently reported that United haven’t even entered discussions about the signing of Bale, so there’s nothing to suggest that a move to Old Trafford is close at all.

That’s not the case with Spurs, where’ it’s suggested that they are doing all they can to bring him back from Real Madrid, although it could depend on the Spanish giants making some kind of financial sacrifice:

I normally roll my eyes when there's Gareth Bale questions most windows, every year. Finally, this is a window when I don't think I can. From what I understand Spurs are genuinely having a go for a loan and if they can get Real Madrid to help out a lot, I think it might happen.

There’s no sign of any other clubs being interested and it’s obvious that Real just want to get him out the door, so this could be massive for Spurs if they could pull it off.

They were lifeless and lacked any kind of imagination in attack during the defeat to Everton at the weekend, so Bale would surely change that.

It’s important to remember that nothing has been sorted at this point, but it does look like Spurs fans can be quietly confident.