According to the Sun, West Ham are willing to offer Arsenal £5m in order to take centre-back Rob Holding on a season-long loan deal.

The Hammers are in desperate need of bolstering their defence as they prepare for another season where they’ll have to battle against relegation.

The Sun claim that the £5m proposal from David Moyes’ side will cover Holding’s wages in full, as well as a fee to have the 24-year-old for the season.

It’s added that the London outfit have switched their attentions to Holding after failing in their efforts to sign Burnley’s James Tarkowski, with the Clarets commanding £50m for the England international. 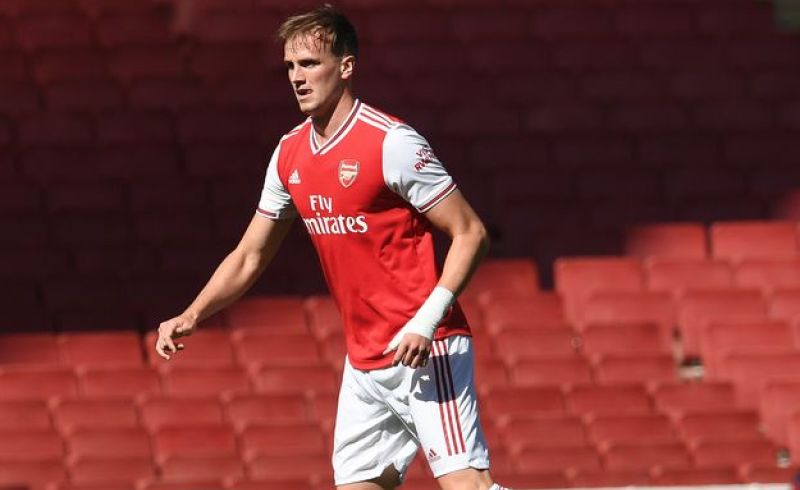 Whilst this would hand the Gunners a considerable fee for a defender that may not play an important role over the course of the season, Mikel Arteta recently ruled out a loan exit for the ace.

Holding was impressive in Arsenal’s opening day win against Fulham, with the ace working his way back to his best after slipping down the defensive ranks following a serious knee injury in December 2018.

Holding started 12 of his 18 first-team appearances for the Gunners last season, the Bolton academy graduate has made 40 top-flight outings to date.

It may be easier for the Gunners to net some cash from a Holding loan deal than it would be in parting with other options like Sokratis or Mustafi, so Arteta has a difficult decision on their hands.

Whilst having this number of central defenders has clearly proven not to be sustainable, the north London outfit have struggled in recent years to keep members of their backline fit.