Chelsea legend Alan Hudson has praised the club’s transfer window after some big spending on the likes of Timo Werner, Kai Havertz and Thiago Silva.

Hakim Ziyech and Ben Chilwell have also come in, with Hudson saying Lampard has done his homework in the transfer market, even if letting Willian join Arsenal on a free was one big mistake.

MORE: Chelsea would be title favourites with Arsenal star in their side, says Blues legend

Speaking to CaughtOffside, Hudson spoke of the qualities that experienced centre-back Silva can bring, though he questioned why a player as important as Willian was allowed to join one of the club’s biggest rivals on a free transfer.

“Frank has done his homework on the transfer front,” Hudson told CaughtOffside. “Although he should NOT have let Willian go and should NOT loan Tomori out.

“Tomori and Reece James should be learning from the inclusion of Thiago Silva, who will love it here in the Premiership. He will cut out all of those silly mistakes Chelsea made all season at the back. The future looks bright.”

Hudson, who also had a spell with Arsenal during his playing days, spoke of his admiration for Willian as he enjoyed a superb debut for the Gunners in their 3-0 win over Fulham.

This kind of display, he argued, shows that it’s a mystery as to why the Blues didn’t keep hold of the 32-year-old.

“The mystery continues as I am a great fan of the Brazilian, who showed in his first match at Fulham that he is a class act,” the former midfielder added.

“Willian was the best Chelsea player since he arrived, sheer quality, and was the only one on the same level as (Eden) Hazard. It mystifies me how you can let him go.

“Apart from his playing ability on a Saturday I would have kept him around the place for the youngsters to learn from a brilliant footballer who can slow it down and quicken it up.

“He also loved being a Chelsea player – such loyalty is a rarity.”

Despite moving to a rival, Willian is likely to go down as a Chelsea legend after such a great career at Stamford Bridge, and Arsenal fans will now also hope to enjoy a couple of years of fine form from him. 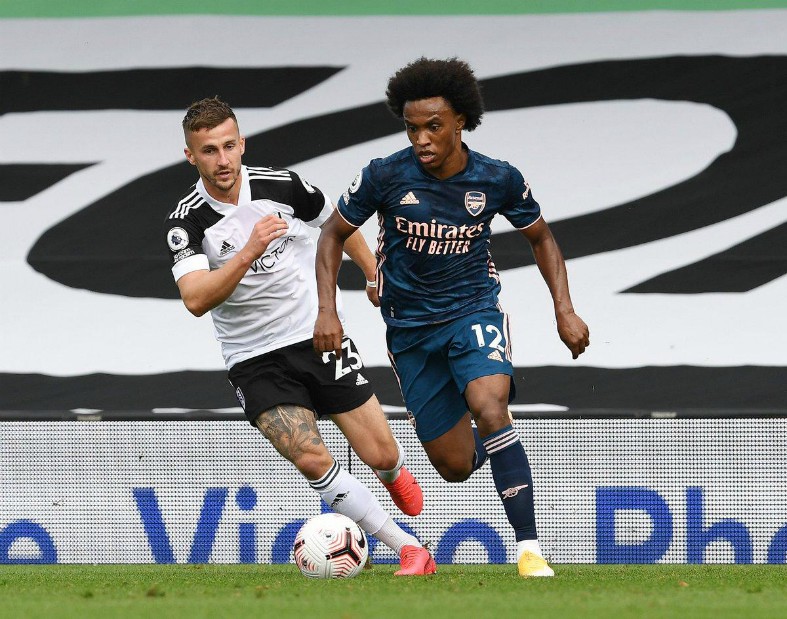 As well as Hudson criticising Chelsea over losing him, Arsenal hero Michael Thomas also suggested it’s a move that could come back to haunt the west Londoners.

Speaking to CaughtOffside, the 1988/99 title winner said: “I was very surprised Chelsea let Willian get into that position where he could go for free but credit to Arsenal and Arteta for seeing that he still had a lot to offer and tying up the deal quickly to bring him in.