The 39-year-old, who also played for Borussia Dortmund, Schalke and the German national team during his playing career, has been in court after charges were made against him last year.

Metzelder’s laptop was taken from him, with hundreds of images found on there, while it’s also alleged that he sent child pornography images to women over WhatsApp.

The report explains that Metzelder had tried to keep this court case private, but the allegations have since gone public.

The former centre-back has the right to lodge a complaint about proceedings, with the case ongoing.

It remains to be seen what the final outcome of all this will be, but it’s certainly a disturbing news story from what we know at the moment.

Metzelder retired from playing in 2013 and has since worked as a pundit, as well as a role as president of TuS Haltern am See.

He has, however, had to step down from that role due to the current case against him. 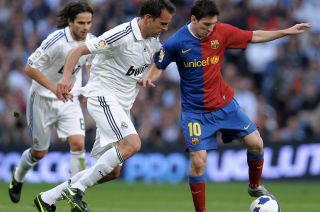