The 36-year-old, now working as a pundit, spent two seasons at Tottenham, and it’s unlikely this tweet fawning over their bitter rivals’ best ever players will go down well.

MORE: Chelsea tipped to be title favourites with signing of Arsenal star

See below as Bent responded to a tweet asking to describe Henry in one word, to which Bent replies: “GOD”… 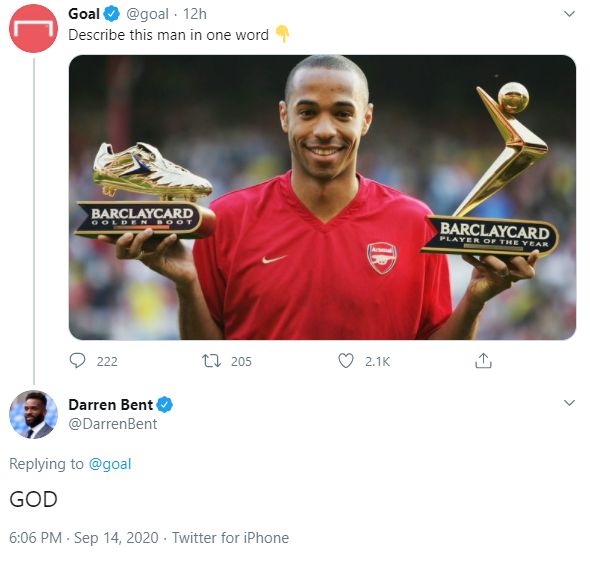 With a quick look on Wikipedia, we can tell you that Bent was actually a Gooner growing up, so perhaps this shouldn’t come as too much surprise.

Still, after representing Spurs, this is pretty risky to his reputation on the other end of north London.