Chelsea are reportedly still in for the potential transfer of West Ham star Declan Rice, but a deal looks ambitious for the moment due to how much he’d cost.

Speaking on talkSPORT, transfer expert Alex Crook claims Chelsea are still pushing for a deal for Rice, but it would take a huge offer to land the England international, so he views the move as unlikely.

On the Rice to Chelsea saga, Crook said: “West Ham can’t sell Declan Rice, cant they? You look at the reaction to the transfer of [Grady] Diangana; if they were to sell another of their perceived crown jewels the fans would be in absolute uproar.

“My understanding is the owners are desperate to keep hold of Declan Rice.

“Chelsea are still pushing in the background, but it would take a massive offer and I don’t see it happening.”

It’s little surprise West Ham are desperate to keep hold of Rice, who has been a key performer for them for some time after rising from their youth team to the senior side. 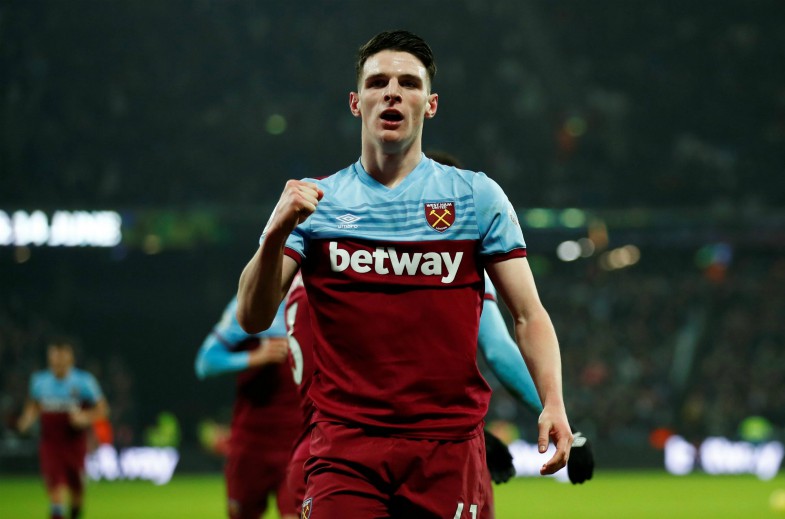 Declan Rice to Chelsea would take a “massive offer”

The Hammers have had a difficult summer and surely can’t afford to be letting go of one of their most important players.

Chelsea fans may be disappointed, however, as they’ve had a strong transfer window so far and could do with perhaps just one more quality defensive signing like this to finish the job.

West Ham legend George Parris recently told CaughtOffside that his old club need to be building around Rice rather than selling him to Chelsea. Read his full quotes here.