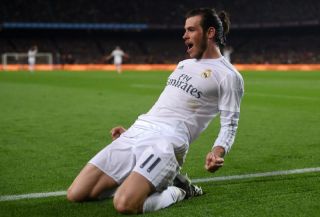 Real Madrid’s Gareth Bale is reportedly on the market this summer with a move away from the Santiago Bernabeu on the cards with a potentially stunning Premier League return being speculated.

Bale, 31, joined Real Madrid from Tottenham Hotspur in 2013 in a ground-breaking deal which cost Los Blancos an eye-watering £90.9m, as per TransferMarkt.

During the elite attacker’s seven year spell with the Spanish giants he has gone onto make 251 appearances and be directly involved in an impressive 173 goals including scoring what is widely regarded as the best Champions League final goal ever against Liverpool in 2018.

Bale’s time in Madrid has seen him lift an extraordinary 15 major trophies including two La Liga titles and four Champions League trophies, three of which came in consecutive seasons (2014 – 2017).

Despite the talented attacker’s achievements on Europe’s biggest stage, he has since found himself remarkably frozen out by legendary manager Zinedine Zidane after starting just 12 domestic games throughout the whole of last season.

According to recent report from Mundo Deportivo the 31-year-old attacker could soon be subject to a formal bid from Manchester United as the Reds desperately race to secure an alternative to number-one target Jadon Sancho after talks with Borussia Dortmund fail to progress.

CaughtOffside has recently obtained exclusive information from a close source who has confirmed that so far there have been no discussions with United for Bale’s services.

We understand that despite recent claims from The Times suggesting Bale is open to joining United on loan, the Welshman is happy to remain in Madrid beyond this summer and would only entertain a move away should a club really spark his interest.

Our source has confirmed that a potential move, permanent or on-loan to United is not something Bale is currently considering, although our source did go onto confirm that Bale’s current situation at Real Madrid is attracting the attention of ‘many’ top clubs.