Social media has led to clubs getting much more inventive with their announcements and leaving little hints for the fans, and it looks like something big is going to go down at Arsenal this afternoon: 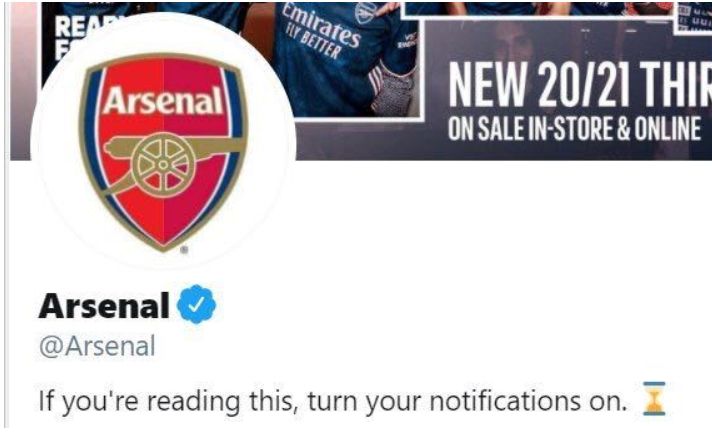 It’s always a risky tactic to do this if it’s a mediocre announcement like announcing the colour of the socks on the alternate kit or a new catering supplier, so surely this means something big is coming?

There’s been plenty of talk about potential signings or even contract extensions in recent weeks, so it’s probably a good time for all Arsenal fans to turn those notifications on!

UPDATE: The big announcement has finally dropped, and it’s the news that Aubameyang has finally signed his new Arsenal contract.