Gary Lineker remains one of the BBC’s highest-paid broadcasters despite reportedly taking a whopping £400,000 pay cut.

The former Leicester, Barcelona, Everton and Tottenham striker remains the consummate professional, fronting a series of high-profile live and recorded football shows, but his pay packet has evidently upset others at the broadcasting giant.

Esther Rantzen, a BBC stalwart in her own right, took aim at Lineker on Wednesday morning’s edition of BBC Breakfast.

“To see Gary Lineker take a pay cut of £400.000 sticks in your throat when over 75-year-olds are having their license fee taken away,” she said, as reported by the Daily Express.

“Here’s the solution… nobody working at the BBC should be paid a salary of more than the Prime Minister [Boris Johnson].

“Being a BBC presenter gives you the key to so many magical kingdoms, you get invited red carpet events.

“Cut them right down to that poverty level of £150,000 a year, they will still have all the commercial benefits, still be able to talk to their events, do commercials for potato crisps…

“But at least you and I – paying our licence fee – will know that nobody working for the Beeb [BBC] is being paid more than the Prime Minister.”

It’s hard to argue with Rantzen’s point of view, even taking into account just how well Lineker does his job.

Match of the Day really is ‘his’ show now, and coming after the likes of Jimmy Hill and Des Lynam, that’s quite the feat and shows the depth of his talent in the role. 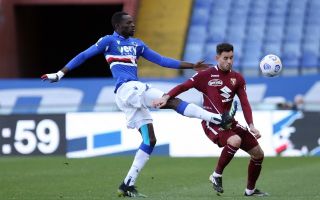 Ditto any major football tournaments such as the Champions League (albeit on BT Sport) and the World Cup or European Championships.

By still taking home over £1m a year even with the pay cut, Lineker can afford to brush off the rage of Rantzen and others and do what he does best. 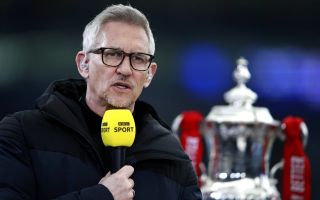