Alexandre Lacazette has joked “I can go to sleep now” after Pierre-Emerick Aubameyang confirmed the news that he’d signed a new Arsenal contract.

The Gabon international finally made his new deal official yesterday, and it looks like Lacazette was as nervous about it as any Gunners fan! 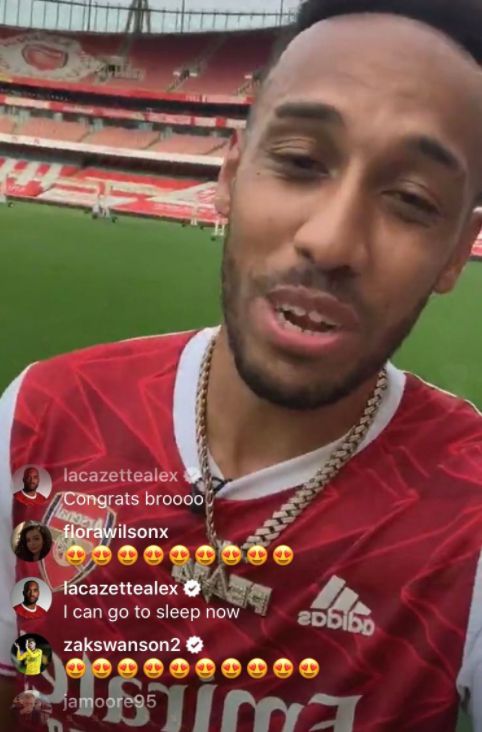 See the image above as Lacazette commented on Aubameyang’s Instagram Live feed – a response that will no doubt have made a lot of Gooners laugh.

It’s been a good transfer window for Arsenal as they’ve kept their best player and made solid signings in the form of Willian and Gabriel Magalhaes.