Gareth Bale is genuinely already booked in for a game of golf on Friday as he closes in on a return to Tottenham.

The Welshman, who has been nicknamed the golfer by his Real Madrid team-mates after spending more time on the golf course than the football pitch in recent months, is set for a game with Spurs chief Daniel Levy on Friday. 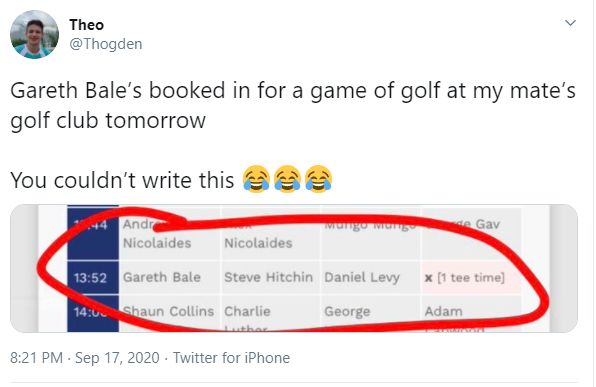 Tottenham fans will hopefully see the funny side of this, though it might also be of some concern.

Bale has not looked quite as focused and committed to playing his best football for some time, but hopefully this is not a sign that he’s about to encounter the same problems with Spurs.