It’s been a big day for Liverpool transfer news as there is finally some movement on the Thiago Alcantara deal.

Various reports have explained that a deal has been agreed with Bayern Munich for Spain midfielder Alcantara, which was later confirmed by club chief Karl-Heinz Rummenigge.

MORE: Liverpool ready to try to beat Arsenal to transfer of €45million star

The 29-year-old will cost €30million to bring to Anfield, and is set to take the number 6 shirt once his move is made official.

Liverpool beat the likes of Manchester United and Arsenal to Alcantara’s signature in what looks one of the most exciting signings of the summer. 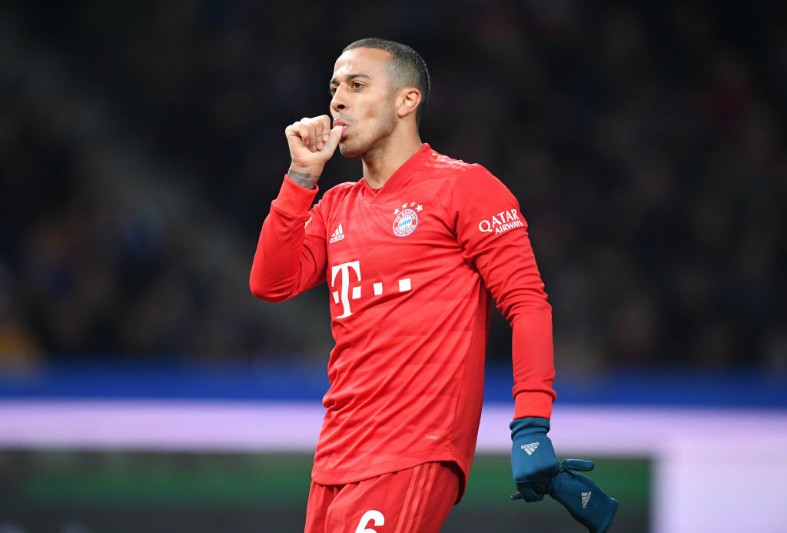 Thiago Alcantara is set for a transfer to Liverpool

Elsewhere, there could also be a big-name departure at Liverpool in the near future as surprise reports claim Naby Keita is a target for Barcelona.

The Guinea international is supposedly seen by Barca boss Ronald Koeman as an alternative to Georginio Wijnaldum, and it makes sense that LFC could be prepared to let him go for the right price.

Keita has not lived up to expectations in his time in the Premier League but remains a top talent who could revive his career at Barcelona.

Finally, there’s an update on Liverpool’s hunt for a new centre-back.

The Reds could do with more depth in that department after Dejan Lovren’s exit, and Schalke defender Ozan Kabak has been linked with a move.

However, Schalke have now released a statement to make it clear they don’t plan on letting Kabak go this summer.