Liverpool have moved quickly this week to sign Diogo Jota and Thiago Alcantara, and they’ve actually managed to strengthen an already brilliant squad.

The former Wolves man was unveiled this afternoon on Liverpool’s website, and it’s been confirmed that he’ll wear the number 20 shirt next season: 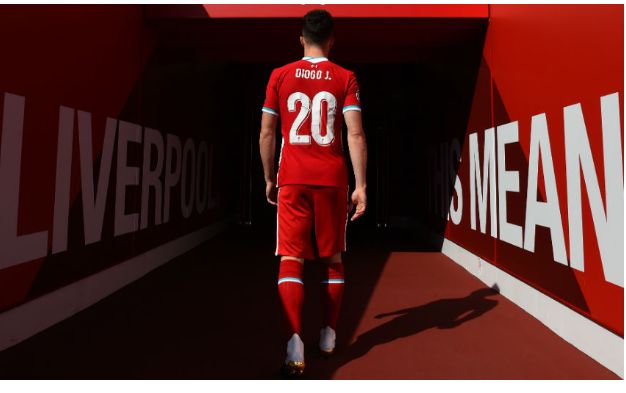 Sometimes a squad number can carry a lot of meaning at certain clubs, but it’s fair to say the number 20 shirt at Anfield is a proper mixed bag.

Javier Mascherano was a world class player and immediately brings some importance to the number, but that’s ruined with the rpesence of players like Jay Spearing, Anthony Le Tallec and Scott Carson.

Jota certainly looks more likely to follow in the Argentine’s footsteps by becoming a key player, and it will be exciting to see how he fits in the team.