Getting your social media right might not seem that important for clubs, but it’s important to keep the fans on side and at least give the illusion of a happy feeling around a club.

Man United have found out the hard way that it’s hard to turn things round once you lose control of the social accounts, while Spurs have already put out one cringeworthy signing post when Matt Doherty joined.

They tweeted and then quickly deleted this effort for Gareth Bale’s announcement today, and it’s a prime example of trying too hard to be quirky, and it just looks stupid: 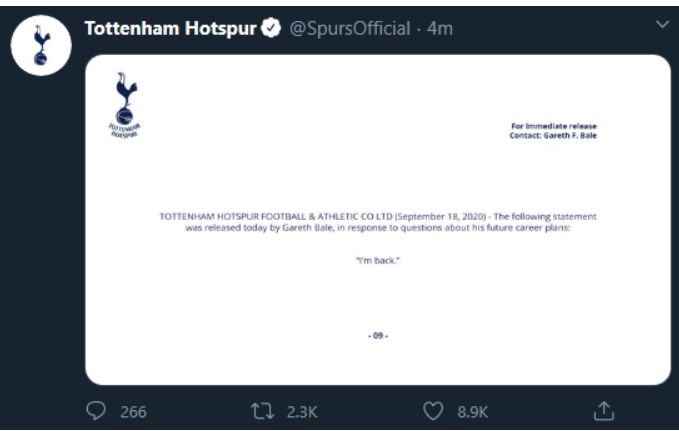 Re-signing Bale is a huge deal and it’s so easy to get this right – simply post some videos and pictures of his great moments from his previous spell at Spurs.