According to the MailOnline, Crystal Palace are in pole position to complete the signing of centre-forward Rhian Brewster from Liverpool.

The Mail report that Sheffield United were also eyeing a permanent move for the striker, with new-boys West Brom targeting a loan swoop for the England Under-21s starlet.

It’s added that Liverpool value the 20-year-old at £20m, with the Premier League insisting that a buy-back option and sell-on clause be part of any deal for the attacker.

The Reds are considering the sale of many young talents in order to balance the books after sealing the signing of Kostas Tsimikas, Thiago Alcantara and Diogo Jota this summer. 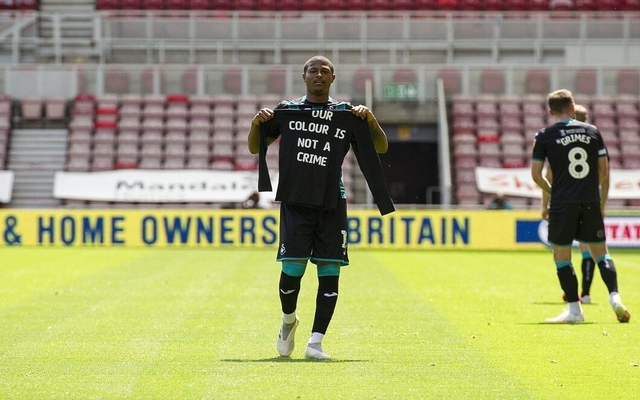 Rhian Brewster impressed out on loan at Swansea.

Video: Kieran Trippier tells England team-mates what they need to change to get the best out of Harry Kane

Brewster only featured for Liverpool in domestic cup competitions last season so was subsequently loaned out to Swansea in January.

The former Chelsea academy talent flourished in Wales with the ace bagging 11 goals in 22 appearances in England’s second-tier.

The insistence of a buy-back option, sell-on clause and also a £20m fee are undoubtedly high demands from the Merseyside outfit in times that most clubs are spending the least they have done in years.