Sky Sports have either got their facts wrong, or Roy Hodgson hasn’t got a very good memory.

Whatever’s going on in the report below, there’s no way Crystal Palace boss Hodgson was an admirer of Liverpool striker Rhian Brewster when he noticed him in the Reds’ academy during his time in charge at Anfield…

MORE: Bid made: Liverpool receive offer worth total of £25m for attacking talent 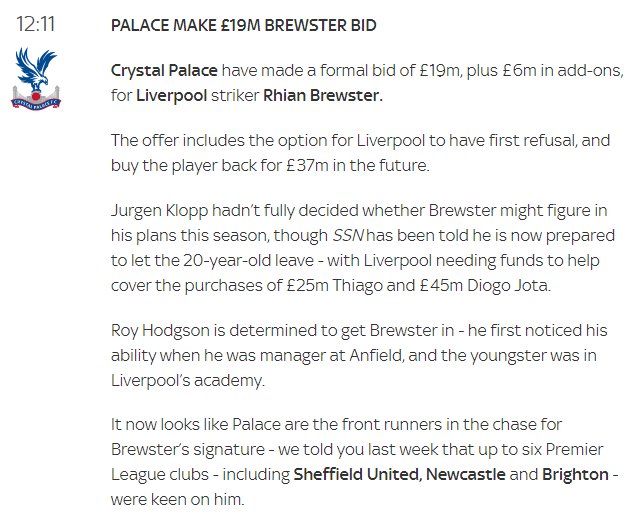 Hodgson was the Liverpool manager at the start of the 2010/11 season, when Brewster was playing in Chelsea’s academy, not Liverpool’s.

As Wikipedia shows below, Brewster did not move to Liverpool’s youth setup until 2015, when Hodgson was long gone… 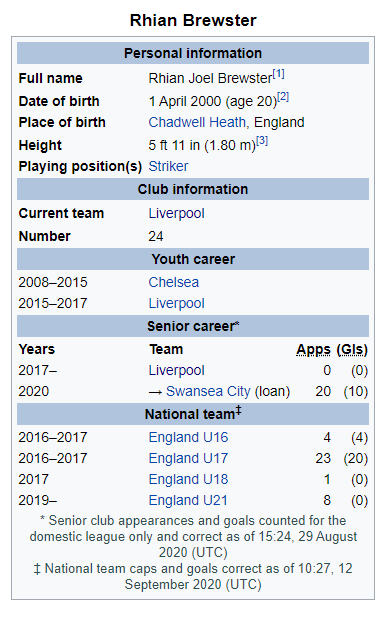 Perhaps Hodgson knew about the potential Brewster was showing in Chelsea’s academy, but even that’s a bit of a stretch as the player would only have been 10 years old at the time.

Liverpool fans may be amused by this unusual report, which perhaps again points to how bad a job Hodgson did when he was Reds boss.

Poor results on the pitch are one thing, but to be remembering players who weren’t even there is something else altogether!