Wolverhampton Wanderers are on the verge of making another summer signing after Barcelona gave Nelson Semedo permission to travel to England.

The Daily Star suggest that a deal for the right-back would be worth £32m, and could be completed as early as Tuesday.

Once all of the details are officially confirmed, it would put money in the Catalan club’s coffers allowing them to potentially go out and buy a replacement.

Fabio Silva, Fernando Marcal, Vitor Ferreira and Ki-Jana Hoever have already joined the club as the Midlanders look to improve on their league position from 2019/20.

The Portuguese has worked wonders since taking over the hot-seat at Molineux, and despite losing Diogo Jota, the expectation will be that Nuno can still keep his team competitive.

Semedo’s addition will be another quality signing which should help ensure that Nuno’s project continues on an upward trajectory. 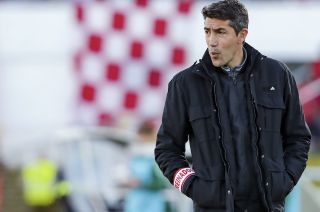