Champions Liverpool are unsurprisingly dominant in this line up, with three players making it in after their 2-0 win away to Chelsea: Sadio Mane, Fabinho and Alisson.

Kevin De Bruyne earns a place after a typically classy display for Manchester City as they beat Wolves last night, while Son Heung-min is also fully deserving of his place up front after a stunning four-goal haul for Tottenham in their 5-2 win at Southampton.

Rather harshly, however, there’s no place for the excellent Harry Kane, who set up all four of Son’s goals and scored one himself in what was not far off the perfect centre-forward performance.

Still, it would have been hard to leave out in-form Everton striker Dominic Calvert-Lewin, who gets the nod leading the attack, and he’s joined by Toffees team-mate James Rodriguez.

Two Crystal Palace players make it in after their surprise 3-1 win at Manchester United, with Wilfried Zaha undoubtedly one of the star performers of the weekend.

See the line up in full below… 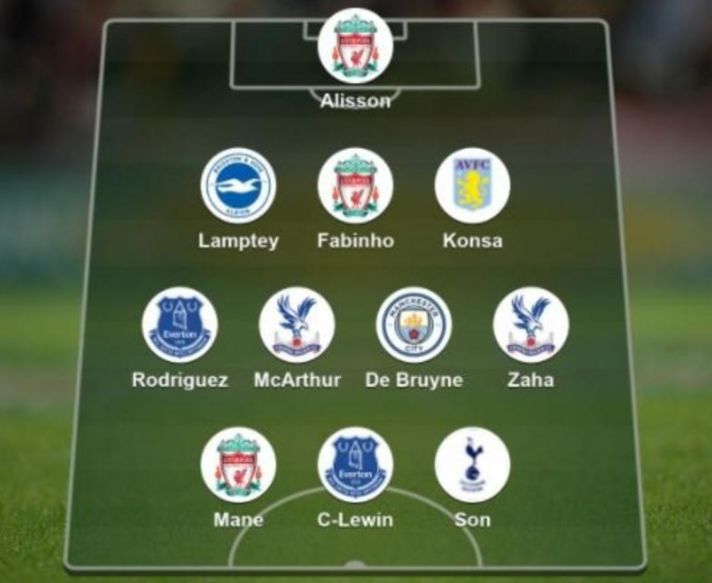