Liverpool fans will still be fawning over Thiago Alcantara after his superb debut performance in the win over Chelsea, and ex-Red Paul Konchesky was just as impressed.

Speaking to CaughtOffside, the former Liverpool left-back spoke in glowing terms about Alcantara’s display, and admitted his surprise that there wasn’t more of a battle for his signature this summer.

MORE: Liverpool in constant contact with Kylian Mbappe to discuss transfer next summer

Konchesky is especially surprised that Liverpool were seemingly able to get him so easily considering his relatively low price tag.

“I thought it was a massive result for Liverpool and a very important one,” Konchesky told CaughtOffside. “Watching the game I still think Liverpool had another 1/2 gears to go up.

“Thiago Alcantara was fantastic and you can see how much ability he has when on the ball. It could be a massive signing for Liverpool. I’m very surprised no one else was in for him in a very cheap deal.” 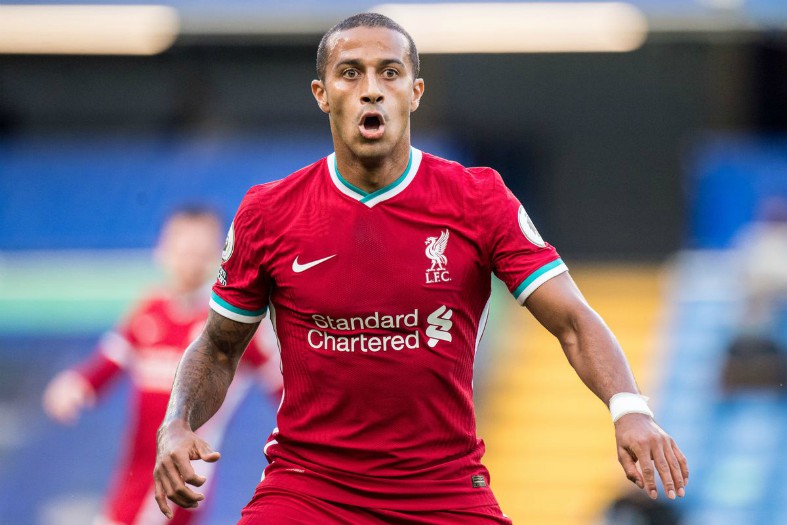 Thiago Alcantara shone on his Liverpool debut against Chelsea

The Spain international was not the only one who caught the eye, with Konchesky also singling out Fabinho for praise after the Brazilian midfielder filled in at centre-back and put in a strong display.

Some may feel LFC could do with signing more cover in central defence, but Konchesky feels this performance from Fabinho shows that that won’t be necessary.

“I thought Fabinho was fantastic there and when he was called upon he defended really well,” the former England international said. “I think Liverpool have got enough in there depth to use him as a CB as and when they need him.”

During the game, Cesc Fabregas tweeted that Sadio Mane is the best player in the Premier League, and, when asked about this, Konchesky also felt the Senegal international has to be up there.

“Based on his current form and from last season, he would definitely be up there for me,” Konchesky said. “He has got it all – he can score goals, make goals and he is a massive part of this Liverpool team.”