The Evening Standard have dashed claims appearing to stem from L’Equipe that Matteo Guendouzi has handed in a transfer request to Arsenal.

L’Equipe claimed that the disgraced central midfielder verbally demanded that an exit be sorted out before the transfer window closes on October 5.

Guendouzi has not featured for Mikel Arteta’s side since the defeat to Brighton, with Guendouzi’s unpleasant behaviour in that particular outing leading to the ace being cast aside.

Whilst the Standard reiterate Arteta’s comment that everyone starts the new season with a clean slate, there’s been no evidence of this being put into practice in regards to Guendouzi.

The 21-year-old has been left out of Arsenal’s matchday squads for their opening two Premier League games, with the promise of the midfielder now seemingly a distant memory.

Transfer speculation has continued to run rife with Guendouzi’s name as the Standard report that the Gunners are looking to move on some players to potentially fund the addition of a new midfielder.

The only plus side of the unpleasant Guendouzi situation is that Arsenal will at least be in line to make a considerable profit on the talent, who was signed for £7m from Lorient in July 2018, as per Goal.

Guendouzi has made 82 appearances across all competitions for the Gunners, scoring once and chipping in with five assists.

With no return to the first-team looking likely for the ace, who a year ago was part of France’s senior squad, Arsenal should seriously consider cashing in on Guendouzi as soon as possible.

Whilst the market has of course been drastically impacted by the Coronavirus pandemic, an extended spell on the sidelines is hardly going to do any favours to the midfielder’s valuation. 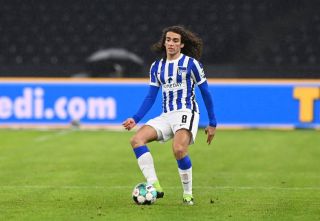 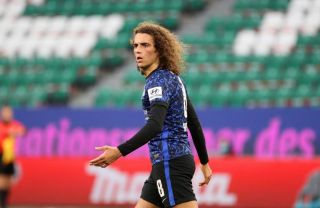