De Telegraaf don’t report the total worth of Barcelona’s offer, but do reiterate that Ajax are confident that their valuation of a €20m initial fee as well as €5m in add-ons will be met for the full-back, who is also under offer from Bayern Munich.

Barcelona since announced earlier that they will receive an initial €30m for Nelson Semedo, as well as a further €10m in potential add-ons, so the Catalan outfit have the funds to make a swoop for Dest.

The Blaugrana can’t proceed with Sergi Roberto as their only right-back for the season, so it’s not surprising to see them finally make their first move for long-standing target Dest.

It’s added that reports from Spain claiming that Ronald Koeman’s side have agreed a deal for the ace are ‘premature’ though. 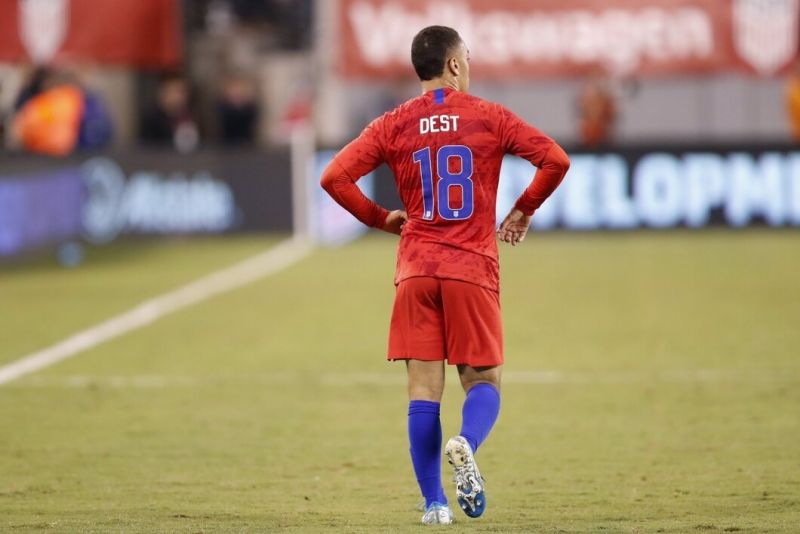 Dest in action for the USA National team.

The USA international established himself as an important player for Ajax with an impressive breakthrough season last time out.

The 19-year-old is certainly an ideal option for the cash-strapped club who are undergoing a massive rebuild, as Dest can also deputise as a left-back.

Barcelona will have to do their best to secure the modern full-back’s signature as De Telegraaf report that the Dutch-American was massively impressed by Bayern in a visit earlier this year.