Ajax have officially announced that promising talent Amourricho van Axel Dongen has signed a new contract with the club until the summer of 2023, the terms come into play at the end of the month.

Chelsea were reportedly close to signing the 15-year-old last month. The right-footed left-winger has moved up to the Under-18s after impressing at Under-17s level last season.

Van Axel Dongen scored seven times and chipped in with one assist for the 17s last term, the attacker has made an appearance off the bench for the Under-18s already this season. 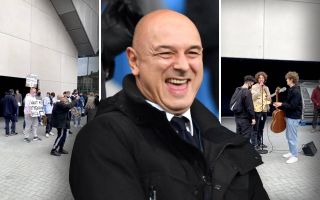 Video: Tottenham fans make a mockery of themselves (again) by staging the worst protest of all-time 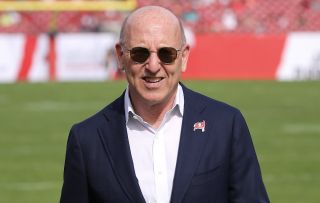 Van Axel Dongen also represents Holland at Under-16s level, it’s no surprise to see that Chelsea attempted to lure away the promising talent.

It’s not often that a youth powerhouse like Chelsea miss out on a potential future star, but Van Axel Dongen isn’t even 16 yet, so staying in his homeland may be the best decision at this moment in time.

From a long-term perspective, Van Axel Dongen would also find it considerably easier to break into Ajax’s first-team in comparison to Chelsea’s.