There was a genuine hope at Man United that Harry Maguire would come in and improve their defence in the same way that Virgil van Dijk did at Liverpool.

The problem is that the Dutchman really is the complete defender, while Maguire has some glaring weaknesses that will leave him exposed if he’s not paired with the right kind of player.

He needs someone with pace and aggression and United just don’t have that option just now, so looking for someone new in the transfer market might be the only option.

Victor Lindelof might look better if he was paired with a complete defender but he doesn’t get enough help from Maguire, while Eric Bailly is just too rash and poor on the ball to improve the team either.

READ MORE: First team regular expected to leave Chelsea after being left out of the matchday squad again

United’s frustration in the transfer market has been widely reported so you can’t see them shelling out a lot of money for a new defender, but Antonio Rudiger at Chelsea would be a very good option.

The Telegraph have confirmed that Chelsea are open to selling him as he’s now the fifth choice defender, while he’s just been left out of a matchday squad for the second game in a row and Frank Lampard hasn’t ruled out letting him go.

One of the biggest problems at United is the ability of those behind the scenes to actually do a deal, but they’ve dealt with Chelsea in the past and they are desperate to get rid of him so surely even Ed Woodward could manage that one.

Opinion may be split on Rudiger as a player because Chelsea’s defence was poor last season, but it’s important to remember how little help they got from the way that Lampard set the team up.

They had to deal with a passive midfield who offered zero protection and an absolute shambles of a goalkeeper, so they were exposed and goals were always going to be conceded. 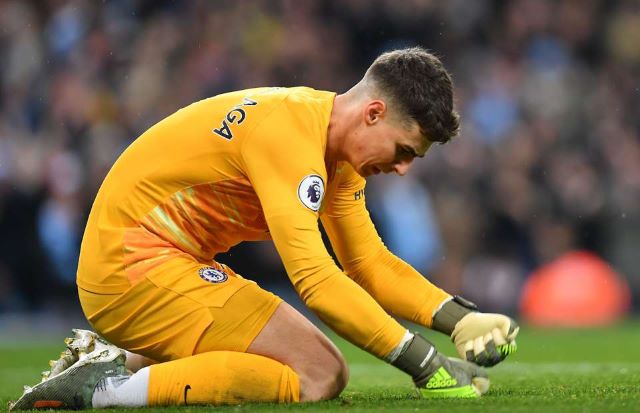 Rudiger is experienced in the Premier League, in Europe and he’s played 32 times for Germany so he has to be seen as an upgrade on their current options.

He’s a bit limited on the ball but that’s okay, while he offers actual aggression in the air and he has some pace to cover in behind, so he does have the raw tools to be a good partner for Harry Maguire.

He shouldn’t cost too much so it won’t stop Ole Gunnar Solskjaer from adding other players to the squad, and he would instantly make the centre of defence look like a strength rather than a liability where anything could happen.