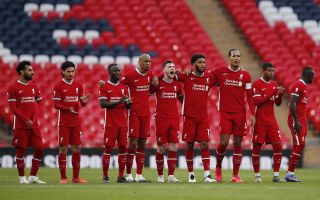 Liverpool star Takumi Minamino is in from the start for tonight’s Carabao Cup clash with Lincoln City.

The Japan international has long been tipped for big things at Anfield, though he’s been a little slow to get going since his January transfer window move from Red Bull Salzburg.

Still, a lot of Liverpool fans are clearly excited to see Minamino get his opportunity in the first XI tonight, with many tweeting that they’re expecting a masterclass from him.

Liverpool have made many changes to their line up, so it might not be a typically free-flowing performance from the Reds.

The team news is in – Tsimikas starts and Jota is on the bench! What do we think of that, Reds?! ? #LFC #EFLCup pic.twitter.com/NkSj5RkW8M

That said, there’s plenty of quality in this team and most would still expect them to be major favourites against a side like Lincoln.

Can Minamino make the most of this chance to shine tonight? These Liverpool fans seem to think so, though it may end up proving to be little more than wishful thinking…

Might be wise from klopp resting thiago. Minamino masterclass incoming.

Having some of that