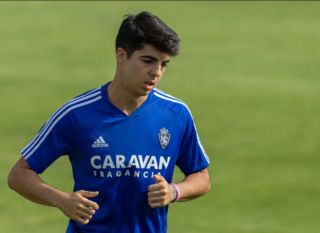 Although Barcelona are struggling to bring their own homegrown players through the ranks, at least they are doing something to bring the average age of the squad down.

Players like Pedri and Trincao have been signed recently so it does suggest that Barca might be looking to emulate Real Madrid is hoovering up the best talent from other sides, and Zaragoza defender Enrique Clemente looks set to be the next player to join.

Mundo Deportivo have indicated that Barca are looking to bring him in on loan, but the deal would turn into a permanent transfer worth €2.5m if certain conditions are met.

READ MORE:Barcelona could finally manage to offload outcast as former club look to re-sign him

They go on to suggest that he’ll probably link up with Barca’s B team to begin with, so the deal will be based on achievements and appearances for them.

He impressed enough at Zaragoza last season to force his way into the Spanish U21 team so he’s clearly a huge talent, but it’s a deal that Zaragoza won’t get much out of.

They won’t get the fee now and they’ll be losing one of their most promising youngsters which is never good to see, but it could also be the best thing for Clemente’s development.