According to the Mirror, Manchester United star Bruno Fernandes has gone on the record to defend his success from 12 yards out amid the constant ‘Bruno only scores with penalties’ talk.

Fernandes, who has enjoyed a phenomenal start to life at Old Trafford after joining in January, has secured eight of his 12 goals for the Red Devils so far with spot-kicks.

The Portuguese playmaker hasn’t missed from the spot since October 2018, the 26-year-old added that football fans think scoring in such a manner is seen as ‘easy’ when it’s anything but.

As per the Mirror, Fernandes is so sick of the talk that he’s made it clear that he’d happily allow any of his teammates – in particular Marcus Rashford – to take over the duties. 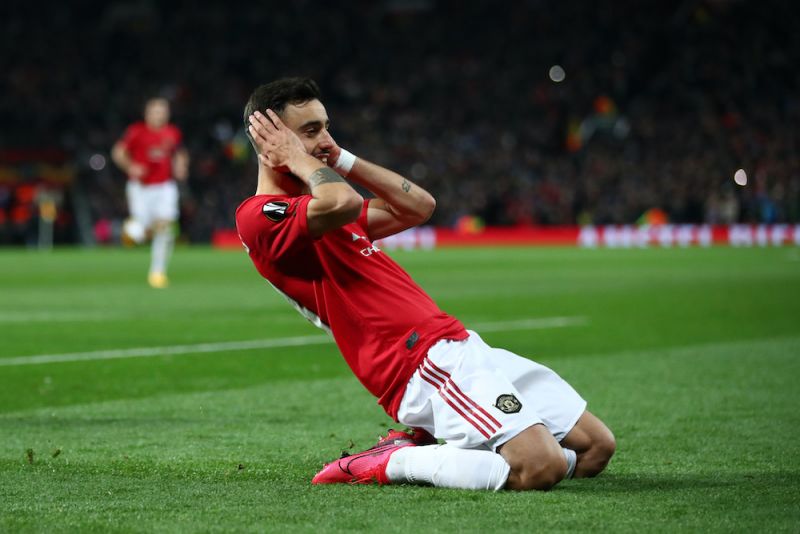 Bruno Fernandes has enjoyed a wonderful start at Manchester United.

Here’s what the playmaker had to say to the critics:

“We can’t talk a lot about penalties because everybody will say ‘Bruno only scores with penalties’, if the others score them, it’s no problem! They just score a penalty, you know.”

“I know everyone is talking about them like it’s easy, but you can lose a final with a penalty. Manchester United won the Champions League in Moscow with penalties in 2008.”

“For most people, it’s easy when you’re in front of the TV. It’s easy – ‘just look at the goalkeeper jump to his left so why don’t you shoot to the right?'”

“Yeah, I can shoot to the right but, in my mind, it was the left and the goalkeeper saved it. It can happen! But the most important thing, for me, is to keep scoring.”

The criticism of Fernandes is certainly harsh, the attacking midfielder has also contributed nine assists for the Red Devils and you don’t win the Premier League Player of the Month award twice just for being ice-cold from the spot – otherwise Chelsea’s Jorginho would have the honour in his locker by now.

Fernandes came off the bench for the final 15 minutes of United’s Carabao Cup win against Luton, the ace will be hoping to make the difference against Brighton tomorrow afternoon, with pressure mounting after Ole Gunnar Solskjaer’s side lost their first league game against Crystal Palace.

Fernandes has missed just twice in 30 attempts from the spot during his career so far.