Telles, 27, joined FC Porto in 2016 from Turkish side Galatasaray in a move costing £5.85m as per TransferMarkt and has since gone onto become one of Europe’s best attacking full-backs.

The Brazilian full-back has featured in a total of 193 matches for the Portuguese champions and has been directly involved in a hugely impressive 82 goals in all competitions.

It emerged earlier this summer that the FC Porto defender has emerged as a summer transfer target for United after a report from A Bola recently claimed that United were preparing to make a move after Sergio Reguilon joined Spurs.

In his latest social media activity, Telles has hinted that he could be United’s second signing of the summer window after liking former Reds left-back Patrice Evra’s post which features himself and legend Sir Alex Ferguson with the caption “PLAY FORWARD!” 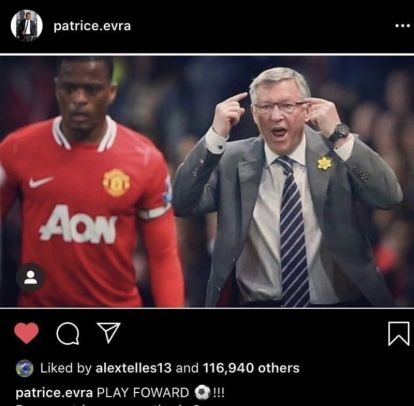 Could Telles be the next player to follow in Evra’s footsteps and become United’s new left-back? – Let us know in the comments.